Australian produced documentary series ‘Everytown Downunder’ is in the running for Best Documentary, Best Director and Most Creative Documentary at the International Christian Film Festival 2015 to be held in Florida, USA.

This project started with a mission and a dream coming together; Steve Grace with the mission to continue to take the gospel to everytown in Australia, and Richard Attieh with the dream to document Steve’s ministry and produce a high quality TV and documentary series that is unique, entertaining and engaging.

“This project has been a long time coming”, says Attieh.

“Steve agreed to having our production crew film him and his team every day on their four month music and missions tour covering every state on mainland Australia.  I know this was a big commitment from Steve, and his willingness to have us on the road with him is a testament to the transparency of his ministry.”

“I am grateful to Steve for agreeing to work with us, and hope this series helps to highlight his tireless work ministering to people in small towns and Aboriginal communities around Australia.”

Everytown Downunder was selected from nearly 400 entries and will be screened at the International Christian Film Festival which is held on April 23-25, 2015 in Florida, USA and is attended by leading faith based TV channels and distributors.

Television channels including the Australian Christian Channel, Shine TV in New Zealand, UCB TV in the United Kingdom, and the Inspirational Network based in the USA will air Everytown Downunder throughout 2015.

“We are in contact with many other TV channels around the world and hope to announce more TV partners going forward,” says Attieh.

More information about Everytown Downunder, including the trailer, is available on www.everytowndownunder.com

Preview screeners, logos and stills from Everytown Downunder are available to all media on request.  Contact Pineapple Media Australia on the details below. 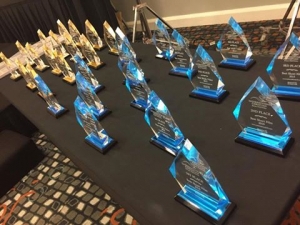